The NFT collection METAMORPHOSES has recently received more attention in thematic communities on Telegram and Discord. The context can be characterized as “nothing’s clear but very interesting,” so CoinsPaid Media decided to explore the question in more detail.

As it turns out, METAMORPHOSES isn’t just an NFT collection but a conceptual artwork based on blockchain technology. The creators behind the collection are a duo called Concept2048. The project relays the global idea of sustainable development through innovative means of artistic expression. The general message, aestheticism, and mechanisms of its expression form the project’s artistic value and potentially influence its investment attractiveness… In theory, at least.

Warning: the “nothing’s clear but very interesting” thought may arise more than once during your acquaintance with METAMORPHOSES. But we’ll still try to tell you about the collection, its creators, idea, concept, and peculiarities through interesting facts, making it more understandable and approachable for an “ordinary user.” Then we can conclude whether it has the potential to “live outside of time” and unite NFT collectors and members of the traditional art market. Or not.

The Collection Was Created by Two Artists

Concept2048 is a duo of two artists, Ekaterina Perekopskaya and Rostyslav Brenych. Ekaterina is a stylist, costume designer, decorator, and master of fashion styling in advertising and visual media. She has been working as an art director for the last five years. Ekaterina is also a published author in major fashion editions and a consultant for several fashion experts and design bureaus. Her team consists of 52 people: from retouchers to marketing specialists. Rostyslav has been engaged in fashion photography for over 15 years and has had time to work with a great number of creative people, agencies, magazines, and brands. Over the past two years, he has delved into studying blockchain technology and NFT in particular.

The chemistry between the artists arose from common global values, a view of creativity, and an interest in the cryptocurrency market. They have been working together for more than five years and are trying to “illuminate” the most pressing environmental issues with their creativity, form a community, and direct this energy to the sustainable development of humankind. This message cuts through all the works of the Concept2048 duo and underlies the NFT collection METAMORPHOSES.

METAMORPHOSES Is a Conceptual Polyptych

METAMORPHOSES is true art, not just a bunch of disjointed pictures united in an NFT collection. The project is a polyptych, a solid work of art divided into many fragments. It consists of 2,048 unique photographic portraits that have both individual value as single pieces of art and global value as a conceptual polyptych. Moreover, this form endows the collection with extra representational possibilities, potentially allowing it to transcend the NFT space.

However, it isn’t the form that makes METAMORPHOSES an artwork. It merely expresses the idea behind the project. The Envoys of the Universe, whose photographs form the polyptych, embody a community of like-minded people. Each Envoy is a unique character, however, their strength lies in their unity. They relay the actual eco-message and can influence the course of real processes. Therefore, the global value the authors put into the project is the community formed from the NFT owners, and the METAMORPHOSES collection itself is also community-based art. At the time of writing, the total number of the collection’s social media followers exceeds 100,000, and the project’s audience is quite active. For example, one NFT from the collection was put up for auction via a Telegram bot, and the bidders raised the lot price from 150 TON to 550 TON (~$1,500) in five hours.

One of the goals of METAMORPHOSES is to break down the barrier between the traditional art community and NFT collectors. Drawing inspiration and using the tools of these two worlds, Concept2048 has created a digital artwork that will look equally appropriate in a crypto wallet and a major museum exhibit. Plus, blockchain opens up a new space for creative manifestation. For instance, building a community around an NFT collection is a complementary art tool and a practical realization of individual and global value.

As conceived by the creators, the METAMORPHOSES collection doesn’t pursue a situational gain — it’s a long-term, timeless project. Among other things, its concept suggests new approaches to contemporary art exhibitions. The project’s format gives METAMORPHOSES the potential to be exhibited both digitally and physically. For example, it’s possible to synthesize physical mediums and digital online expositions on interactive screens within the framework of an offline exhibition, allowing the format of the polyptych to be fully revealed. Due to this, the collection can be interesting to exhibit to gallery and museum representatives, giving it a chance to “live outside of time” and acquire value beyond NFT marketplaces in the future.

The Project Was Presented at the 59th Venice Art Biennale

Fragments of the METAMORPHOSES polyptych were presented for the first time during the 59th Venice Art Biennale 2022 as part of the “Personal Structures” exhibition organized by the European Cultural Center (ECC) at Palazzo Mora. The Venice Art Biennale is one of the world’s most important art events held since 1895. The event brings together artists from all over the world, blurring the lines of cultures and worldviews. It’s believed that the Venice Biennale is the place that defines the direction of world art. That’s why it’s a great honor even for internationally renowned artists to get into the exhibition.

This was the third joint exhibition at the Venice Art Biennale 2022 for Concept2048. The first two were held in Barcelona. In Venice, the duo was offered to sell the exhibited works for $137,000, but Ekaterina and Rostyslav rejected short-term interest in favor of creating their own NFT collection with a long-term perspective. METAMORPHOSES is a concrete expression of the future in many senses, which thousands of visitors were able to encounter during the Venice Biennale.

The Investment Specificity Inherent in the Traditional Art Market

If you invest in a traditional work of art, you invest in the artist and the idea expressed in the work. The same principle underlies the investment model of METAMORPHOSES. Investing in the collection is supposed to be an investment in the Concept2048 brand while investing in any other existing or future project of the duo will be reflected in the success of the collection.

Therefore, Concept2048 shapes a kind of art ecosystem within the blockchain space, the success of individual elements of which will affect the success of all the projects that form it. However, the essence of the proposed model is that the commercial recognition of the METAMORPHOSES artistic concept is the success of the general idea that the authors promote through their creativity.

The number featured in the duo’s name and occasionally found in their projects symbolizes the date — the year 2048. This is the future, quite distant, but still tangible and achievable for those living here and now. Most eco-activists talk about abstract phenomena and values, but 2048 is a concrete date, a symbol of the future, whose coming is inevitable.

Over time, the eco agenda will only become more relevant, as will the creativity that echoes the ideas of environmental conservation and sustainable human development. This is inevitable, too.

The Technical Component of METAMORPHOSES

According to the project’s roadmap, NFTs from the METAMORPHOSES collection are set to be released on Ethereum and TON. The tokens will be available on OpenSea and Getgems, respectively. It should be noted that Ethereum is the most popular blockchain network for issuing NFTs, and OpenSea is the most widely used NFT marketplace. With that, TON is one of the most innovative blockchain networks, and Getgems is a specialized NFT marketplace for tokens released on it.

Ethereum and TON aren’t fully interoperable, but Concept2048 is focused on the future. The developer communities of both projects are already working on potential cross-chain solutions to connect the two networks.

The three rounds of presales held so far have demonstrated high community interest in the METAMORPHOSES collection. All of them have been run on TON. Here are some stats:

The first drop of tokens was sold out in 18 minutes. The second and third — in 24 hours. The next stages of issuing tokens are expected in the near future: preminting and minting. The exact dates of all stages can be found on the project website. The details can be found in the roadmap. During the first stage, the tokens will be priced at 0.29 ETH. After minting, it will be 0.49 ETH.

You must leave an application in a whitelist to sign up for preminting. Be ready to provide your ETH wallet address right away. Minting is scheduled for the end of January, and preminting will take place 24 hours prior to it.

* This material is of an affiliate nature. CoinsPaid Media doesn’t give investment advice or encourage readers to invest in any assets. Please remember that any investment always involves a risk of financial loss! 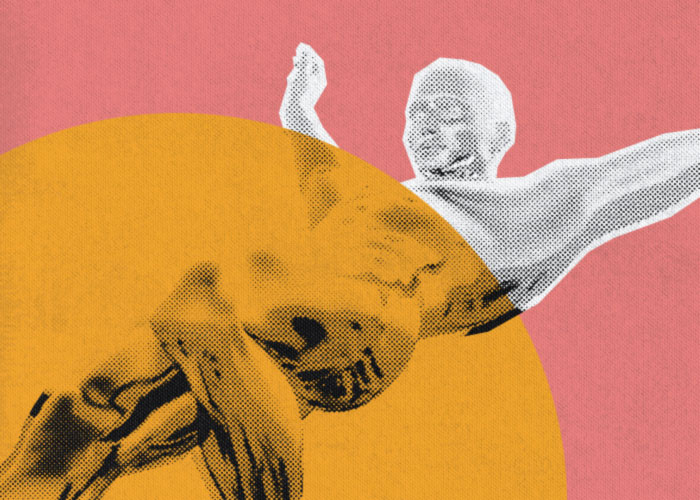