Binance has heard the Terra Classic community and is implementing the best way to reduce LUNC supply.

Binance CEO Changpeng Zhao has been actively helping the Terra Classic community recover from the collapse. For example, he proposed a 1.2% tax on LUNC trades on September 23. The suggestion faced criticism from the community. After that, the head of Binance introduced a new solution that could take Terra Classic out of the crisis.

The main problem is the huge supply of LUNC tokens issued in an attempt to algorithmically support UST. Zhao proposed to solve this problem by converting into LUNC all trading fees charged on spot and margin trades using the asset and then burning those funds. In this way, Binance takes on the cost of LUNC supply reduction. Changpeng Zhao considers this decision fair to all users.

The Terra Classic project appeared after the collapse of the Terraform Labs ecosystem and the unsuccessful relaunch of Terra. Community representatives refused to migrate to the new network and continued to support Terra Classic. Their attempts to change the situation were supported by a number of large crypto exchanges, which conducted the burning of LUNC surpluses and restored trading operations with the asset.

The community’s efforts didn’t go in vain, and LUNC went up by more than 40,000% from its lowest levels. The further prospects of LUNC seem not so bright, but with the support of Binance, the project has a chance. 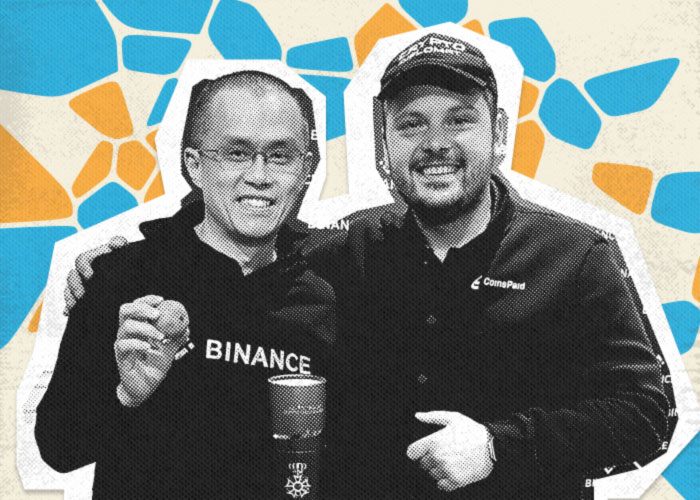 Crypto Reddit, Forecasts, Changpeng Zhao, and  IT Event in Georgia
News | 1 day ago
Fraudulent YouTube Videos Increase by 500% in 2022
News | 1 day ago
Max Krupyshev: “Ethereum Will Not Replace Bitcoin”
News | 1 day ago
Crypto Market Forecasts by Experts for Early December
Forecasts | 2 days ago
Become a member of the CoinsPaid Media Community and start using crypto before it goes mainstream
Subscribe to the newsletter and training materials