Ethereum-based investment products have shown $62 million in outflows during the crucial week leading up to The Merge, indicating that some investors expressed concerns about the update’s success.

According to CoinShares’ weekly report, digital asset investment products saw outflows totaling $63 million over the past week, $61.6 million of which came from Ethereum products.

James Butterfill, the author of the report and Head of Research at CoinShares, said the outflows ahead of the event underscore concerns amongst investors that “the event might not go as planned.” Investors express uncertainty about the success of the upcoming event, despite assurances from Ethereum developers that the network is fully prepared for The Merge.

The developers also claim that block missing issues experienced before the mainnet switched to PoS won’t affect Ethereum’s functionality after The Merge. It’s worth noting that according to Ethernodes, as of 11:00 (GMT+3), September 13, 84.6% of Ethereum nodes are fully ready for the transition, and only about 15% haven’t upgraded to the required version.

Ethereum’s successes on the path to consensus algorithm change have attracted the attention of institutional investors over the past few months. For example, Ethereum’s AUM numbers rose by 2.36% in August alone. Moreover, many experts argue that Ethereum is the easiest and safest choice for investors.

However, despite the declining interest in Ethereum-based products, the large derivatives market Chicago Mercantile Exchange Group is still set to launch options trading on its ETH futures products just after The Merge. 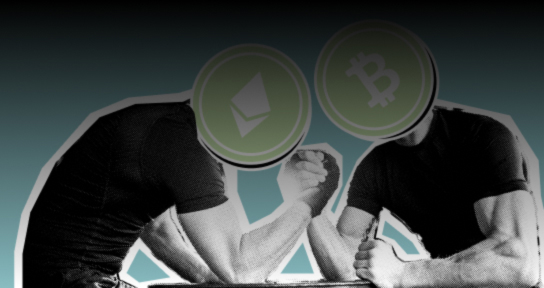 Crypto Reddit, Forecasts, Changpeng Zhao, and  IT Event in Georgia
News | 17 hours ago
Fraudulent YouTube Videos Increase by 500% in 2022
News | 18 hours ago
Max Krupyshev: “Ethereum Will Not Replace Bitcoin”
News | 20 hours ago
Crypto Market Forecasts by Experts for Early December
Forecasts | 2 days ago
Become a member of the CoinsPaid Media Community and start using crypto before it goes mainstream
Subscribe to the newsletter and training materials