India, Thailand, Singapore, and China revealed their successes and plans in the context of central bank digital currency (CBDC) development practically simultaneously on the same day.

Several countries simultaneously shared the progress of their CBDC projects as they explored and tested public digital currencies:

According to Yi Gang, Governor of the PBoC, privacy protection and fighting illegal activities shouldn’t contradict each other. Therefore, e-CNY transaction data will be protected and “encrypted for storage.” Therefore, only the transaction participants will be able to identify consumers’ personal data.

Moreover, the digital yuan has proved to be the most viable digital currency within the cross-border CBDC pilot project launched by the Bank for International Settlements (BIS). Recall that the initiative conducted transactions amounting to about $22 million, most of which were made possible precisely because of the e-CNY’s success.

The Monetary Authority of Singapore (MAS) reported the successful completion of the first phase of the Orchid pilot project, aimed at exploring the possibilities of issuing a retail CBDC. According to the authority’s official website, there is currently no “urgent need” for digital currency in Singapore.

However, the MAS is keen to develop the financial infrastructure in Singapore, so it’ll continue exploring the options for issuing a digital Singapore dollar (DSGD).

The Orchid project revealed that DBS, a Singapore-based financial holding company, is working with technicians from the local government organization Open Government Products (OGP). They plan to jointly launch a pilot project of programmable money for government vouchers.

The initiative will produce purpose-bound money-based vouchers (PBMs) built on distributed ledger technology (DLT) with smart contract features. The pilot will aim to test the demand for digital currency among retailers, who will be able to assess the convenience of instant payments through their customers’ use of PBMs.

About 1,000 consumers and six merchants approved by the Singapore government will participate in the pilot test. The trial will last about four weeks, and the results will be published by the end of November.

Singapore ranked third in the world’s most crypto-friendly countries and was also fourth in the list of countries with the lowest crypto taxes.

The Reserve Bank of India (RBI) announced the launch of a wholesale CBDC pilot project. The tests will start on November 1. The project’s main objective is to test the execution of transactions in the secondary market of government securities using the digital rupee.

Using the CBDC is expected to improve the efficiency of interbank transfers in India, reduce transaction costs and settlement risks.

Nine banks will participate in the pilot project:

The RBI seeks to raise citizen awareness of the upcoming digital rupee issue, so a “concept note” was released on the eve of the official launch. The government detailed the motives and objectives of the state digital currency.

The Bank of Thailand (BoT) intends to postpone a pilot retail CBDC project for at least five years. This is reported by The Bangkok Post.

According to Sethaput Suthiwartnarueput, the BoT Governor, the bank plans to study all the advantages of the CBDC launch for the financial system and minimize the potential risks posed by implementing digital currency. In particular, the BoT Governor said that the bank’s efforts would focus on providing additional benefits of CBDC integration into the country’s digital payment infrastructure system PromptPay.

The other day it was reported that Thailand is cooperating with Hungary to study blockchain technology that could potentially be the basis for direct financial interaction between the countries. 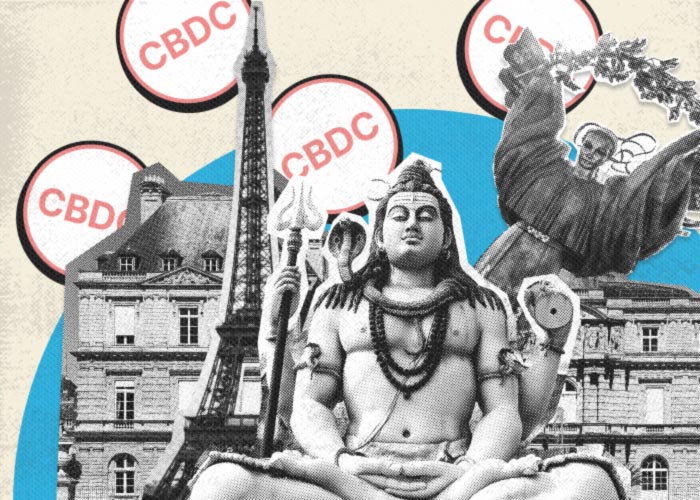